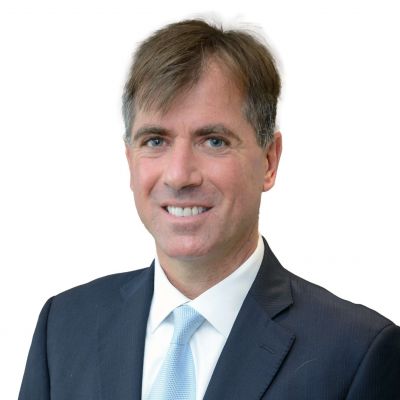 For the past 25 years, Dan Berman has led and/or provided advisory services to developers, lenders, investors, hotel chains and franchise companies. Mr. Berman combines strong practical experience with objective critical analysis to arrive at prudent courses of action for borrowers, lenders and investors.

Mr. Berman has significant, practical hotel industry experience, having held senior leadership positions at two national hotel chains, Suburban Lodges of America, Inc. and US Franchise Systems, Inc. During his career, Mr. Berman has been involved in the development of numerous hotels, the underwriting, sourcing and structuring of hotel debt and equity, and in the acquisition and disposition of hotel assets. Mr. Berman is very familiar with the inherent complexities in valuing a hotel given its combination of real estate and operating components.

Mr. Berman is responsible for leading the firm's service offerings to the hotel industry and is also active in the firm's restructuring and real estate capital market practice groups. The following are a sampling of matters Mr. Berman has led or participated in:

In 1993, Mr. Berman joined Suburban Lodges to lead its financing and franchising activities. As an officer and director of the Company, and President of the franchising subsidiary, Suburban Franchise Systems, Mr. Berman was instrumental in growing the Company from a single brand of six hotels in three states to a multi-brand national hotel company of 200 hotels in 25 states. The Company operated 80 of these hotels, including hotels for third parties.

In 1996, Mr. Berman actively participated in Suburban Lodges' IPO and follow-on offerings raising close to $200 million, including selecting investment bankers, evaluating C Corp and REIT entity structures, drafting prospectuses, and making "road show" presentations. Mr. Berman was involved in the purchase and sale of Suburban Lodge hotels, the acquisition and integration of the Company's second brand GuestHouse International, and the ultimate sale of the Company in 2002. While at Suburban Lodges, Mr. Berman was recognized as a hotel brand leader by the American Hotel & Lodging Association and was selected as a speaker and panelist for multiple hotel industry conferences.

In 2004, Mr. Berman was hired by Mike Leven CEO of US Franchise Systems to expedite the growth of the Company's hotel brands, Microtel Inns & Suites and Hawthorn Suites. As Senior Vice President, Real Estate Development, Mr. Berman devised and implemented an innovative strategy and plan resulting in the construction of more than 40 Microtel hotels in just a two and one half year period. This represented a 20% annual growth rate in new hotels and an increase of approximately $140 million in aggregate asset value. Mr. Berman led and supported Microtel hotel owners with project planning, site and market analysis, project feasibility, land acquisition, due diligence, and project funding.

In 1990, Mr. Berman began his career practicing law in New York City with a boutique law firm specializing in complex litigation. Mr. Berman received MBA and JD degrees from Emory University Business and Law Schools in 1990 and earned a Bachelor of Arts degree in Economics from Brandeis University in 1986. Mr. Berman is admitted to practice law in New York and New Jersey (law licenses are currently placed on "retired status") and holds a real estate license in Georgia.